In today’s day and age, handheld communication radios or walkie-talkies are used for a variety of purposes.

It might be easy to take them for granted now that they’ve become so commonplace but did you know they were first used by the military?

Handheld radios were invented back in 1937 by a Canadian inventor by the name of Donald Lewis Hings.

The History of Radio Communication

It’s funny now to think that the first person who succeeded in broadcasting and receiving radio waves thought the world would have no use for them. Seeing how much radio communication enables our current digital infrastructure, it’s safe to say he was quite wrong.

That person was Heinrich Hertz, a German physicist that first harnessed the power of radio waves in 1886. You might recognize his last name as the SI unit that’s now used to measure the frequency of waves.

As mentioned, while Hertz did not see any use for radio waves when he discovered them, they were soon adapted by others to enable new communication technology.

Early uses for radio waves included the transmission of morse code across the Atlantic Ocean. The next breakthrough came when a Swedish engineer developed a high-frequency generator that enabled speech to be transmitted through radio signals.

Having a portable weather radio with you can be potentially life-saving, especially in camping areas with limited cell phone coverage.

After extensive testing, we’ve compiled some of our top picks for the best portable radios for camping.

The Introduction of Two-Way Radio Communication Through Hand-Held Radios

When it comes to mobile radios for two-way communication, they started to become common as early as the 1920s.

The first instance of a mobile radio was in the Victoria Police Department in Australia all the way back in 1923. The police department had cars that were equipped with two-way radios for easy communication.

While these radios could definitely be utilized to stay in touch while on the move, they weren’t exactly handheld. In fact, they were so big that they took up the entire back seats of the Victorian Police Department’s vehicles.

Hence, police officers would still be bound to their vehicles if they wanted to communicate using the radio.

Most people will see that the advent of the portable radio system came at an opportune time because of the Second World War that started in 1939. Don’s system was heavily utilized throughout the war and its benefits to the war effort meant it wasn’t going anywhere.

When it was first invented, the packset weighed about 5 pounds and was about 17 inches high.

Over the years, with increased research and development, the form factor of the device got smaller and smaller.

In the ‘70s and ‘80s, they had become prevalent and easily accessible even to civilians. Many people use them for recreation and also, to stay in touch with their loved ones.

How Do Walkie-Talkies Work?

Walkie-talkies consist of a receiver and a transmitter.

The device itself is typically small enough to be stored inside your pocket. It consists of an antenna that helps it transmit its signal further and more clearly.

This means you cannot receive messages from other operators while you’re transmitting your own signal over a walkie-talkie. Everyone else on the channel (that does not have their PTT button pressed) will be able to hear you.

An effective handheld aviation radio is essential to have when flying. Check out the best Handheld Aviation Radio reviews.

What is the distance limit for walkie-talkies?

The typical range for most commercial walkie-talkies is around 3 miles.

However, there do exist some military-grade walkie-talkies that can have a range as high as 36 miles.

It should also be noted that the terrain and the type of surroundings you’re in also heavily dictate what the range of your walkie-talkie will be.

Can two sets of walkie-talkies work together?

Yes. You can have as many walkie-talkies as you want as long as they are able to utilize the same channel or same frequency band.

To ensure this, you’ll have to check that all of your walkie-talkies can be programmed to be on the same frequency band at the same time.

What are some disadvantages of walkie-talkies?

Walkie-talkies do have some disadvantages such as

Can a walkie-talkie work without a signal?

If your walkie-talkie is unable to transmit or receive radio signals, then it won’t be able to work.

If it is able to do one or the other, then you might be able to only listen or only talk, depending on what works.

Can a walkie-talkie be tapped into?

As someone who uses walkie-talkies as part of a security-related job, the notion that they can be tapped into can be quite scary.

In most cases, a walkie-talkie being tapped into doesn’t happen because of any flaws in its security. Rather, it happens because the person who tapped into the frequency found out what it was through other means.

It’s great to look back at the history of radio communication to see how far we’ve come.

The tale is especially amusing because the father of radio waves thought they’d have no practical use. Yet, they’re the crux of what has shaped the deeply connected world of today.

Do you have any questions about two-way radios? Please feel free to reach out in the comments section below. 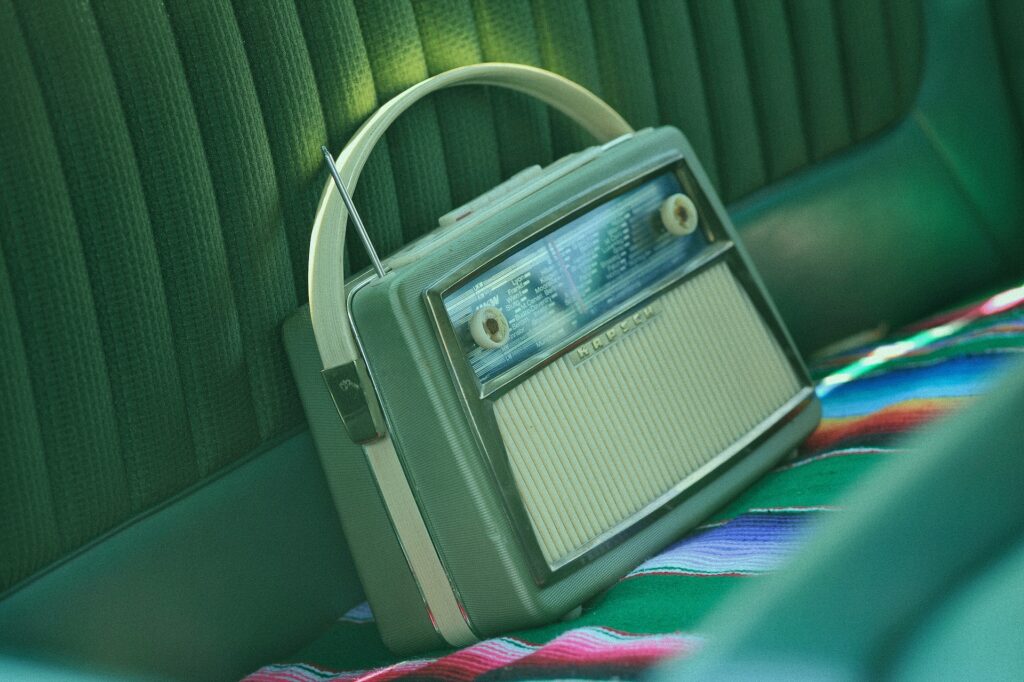