Radios seem like a thing of the past. However, the utility and advantages of a ham radio still hold up to this day.

In this post, we’ll dive into the reasons why you should get a ham radio license. Besides that, we’ll share some useful tips.

By the end of this post, we’ll address the following topics:

Why You Should Get a Ham Radio License?

Ham radios are handy when it comes to seamless communication. Even in the digital era, ham radio can be useful in multiple conditions.

However, unlike other radios, you need an official license to operate a ham radio. Without it, you can face legal action.

Why is it important to get a ham radio license?

Since it is essentially a communication device, you can’t simply broadcast your signals. Like a normal smartphone, you must register it with the respective authorities.

The Federal Communications Commission regulates the use of ham radios to avoid interference. You can find all the related information under the Part 97 rules.

Now, let’s check out some of the reasons why you should get a ham radio license.

The first aspect of ham radios we must mention is independence. In the modern day and age, you rely solely on big communication corporations to communicate.

A ham radio enables you to eliminate the need for a third-party communication method. You can simply turn on your ham radio and communicate with another ham radio user.

What accessories do I need to operate a ham radio?

Unlike a smartphone, you don’t need a sim card or internet access to communicate. All you need is an antenna, a power source, and a transmitter/receiver.

With these three accessories, you can communicate over long distances across the globe. On top of that, it’s free of cost.

It is no surprise that modern-day communication relies on an extensive network of underground/sea cables. On the other hand, ham radios are completely wireless.

After a series of tests, our team concluded that ham radios can be used without any disturbance. Whereas, conventional communication can be disturbed by factors like weather.

How does that benefit me on a day-to-day basis?

While ham radios aren’t necessarily used for basic purposes, you can still have them as a backup medium.

In an unlikely situation, you can rely on a ham radio to get your message across long distances.

While we are on the topic of ham radios, encryption is an important aspect to mention. Digital communication works with a combination of hardware and software.

Because of this, your communication is susceptible to hacking and software failure. This puts your data at risk.

How does a ham radio counter this problem?

We noticed that ham radios use analog data. Even if someone intercepts it, the data is nearly impossible to decrypt.

This enables you to freely communicate without any worries about data theft. Moreover, even if someone tries, they’ll have to find your unique transmission frequency first.

Another major advantage of ham radios is their real-life application. You can learn it as a part-time hobby and turn it into a useful skill.

We discovered that ham radios have their own community. You can meet new people with years of experience and learn unique things.

What are the real-life applications of ham radio?

You can use ham radios for off-roading adventures, aviation, outdoor hiking/camping, and much more. Unlike conventional radios, you can establish a two-way communication line.

Besides that, we must mention that you can use ham radio in any emergency situation to alert the authorities. In retrospect, it is a handy skill to have in your command.

Our team noticed that ham radios provide a direct path for careers in various STEM fields. It helps you enhance your cognitive abilities and decision-making.

Why are ham radios so important?

Secondly, in order to operate ham radios, you need a streamlined coordination of your mind and body.

As we have mentioned earlier, ham radios do not depend on software to perform. They use analog transmission to send data.

Without the need for software, there’s a very low chance of it breaking down. Compared to modern communication devices, ham radios have a clear edge.

How is analog transmission better?

The software can have many issues. It can bug out, crash, or just simply not operate as it is supposed to. This can put your communication line at risk.

Our team members found that analog transmission doesn’t have any of these problems. Even if you have a problem with the hardware, it can be easily fixed.

Whereas, a problem with software requires professional assistance and time to fix.

Now, let’s check how you can acquire a license for ham radio.

Car HAM radios can be fairly difficult to shop for since there are numerous factors for you to consider. Check out our article and find out everything you need to know to find the best car HAM radio for your specific needs.

How to Get a License for Ham Radio?

We noticed that a lot of people are unfamiliar with the process of obtaining a ham radio license. You can’t just simply get a radio and start your transmission.

This is mainly because the FCC prohibits the use of unlicensed radios to avoid interference with their main communication lines.

So, what do I have to do to get a license?

To get a transmission license, you have to follow a two-step process. The first step is to learn the rules and guidelines provided by the FCC.

For the second step, you have to clear an exam based on the said rules/guidelines. This is to make sure that you are completely familiar with the operations of ham radio.

Why is it important to have a radio license?

Just like driving a car, you have to be familiar with the various tools at your disposal. Without such knowledge, you won’t be able to operate your machine to its maximum potential.

Furthermore, the FCC has strict rules for the use of unregulated ham radios. So, if you don’t want to get fined, we suggest that you get a license beforehand.

A well-performing battery is an essential part of a HAM radio Go Box that you most certainly want to have. Check out the Best battery for a Ham radio Go Box.

In this section, we’ll answer some commonly asked questions related to ham radios.

Is it easy to operate a ham radio?

While the use of a ham radio isn’t necessarily easy, you can still develop skills over time to operate it efficiently. You can get guide books or talk to professionals and learn handy skills related to ham radios.

Can I operate a ham radio outside of the US?

You can operate a ham radio anywhere in the world because of its global transmission line. However, it is important to note that you might have to get a radio license based on your geolocation.

Do I have to get a new license for ham radio outside of the US?

It depends on the country you are in. Some countries require a radio license while some do not. We suggest that you refer to the rules/guidelines of a country before you operate a ham radio in their territory. Unlicensed use can lead to hefty fines.

In comparison to conventional radios, ham radios aren’t compact. This is mainly due to the various components it takes to operate a ham radio. You need an antenna, a transmitter/receiver, and a power source.

Do ham radios have a built-in battery?

Older versions of ham radios do not have the built-in battery feature. However, some latest models come with a rechargeable battery with hours of performance time. You can get cheaper options with a lesser transmission range.

Do I have to pay for a ham radio license?

Under the FCC guidelines, you have to pay a one-time fee to acquire a ham radio license. You’ll have to pay roughly $150 to get a 3-year license. After that, you can upgrade your license to Amateur status.

Do I need a microphone for a ham radio?

What is the minimum range of ham radio?

The overall range for ham radios depends on the power source. However, every ham radio can project signals to a minimum range of 5-10 miles. If you wish to send signals at a lower range, you might have to get a smaller antenna.

What does the number 73 mean for ham radios?

In the language of ham radios, the number 73 is used as a formal way to say goodbye. This number is mainly used by amateur radio users to conclude their transmissions.

Can I talk to other countries with a ham radio?

As of now, there are no restrictions on inter-country ham radio transmissions. However, you can only use specific channels sanctioned by the FCC. You can find the list of such channels under the Rule 97 section of the FCC guidelines.

Why is it important to use specific channels for ham radio?

It is crucial to use your assigned channel for transmissions. This is to make sure that your signals do not interfere with other channels and cause a loss of data. Furthermore, interference can also cause trouble for your hardware.

In comparison to conventional radios, ham radios are quite expensive. On average, you can get a ham radio within the $1000 price range. Some cheaper models can be acquired for as low as $500 but they lack a global range.

Can someone hack a ham radio?

While it is quite difficult to hack a ham radio, it is still possible. You can avoid this by changing your intermediate transmission frequency. Other than that, you can also alter your audio frequency output to prevent hacking.

Can I listen to FM on a ham radio?

Ham radios are capable of operating on a wide array of frequencies. This also includes channels in the FM frequency range. You can tune into an FM frequency and listen to specific radio channels.

This brings us to the end of our post on the importance of a ham radio license. We hope this information proves to be beneficial for you.

Ham radios are quite versatile in their use. You can use them as a communication device or as a useful hobby to learn new and exciting things related to radios.

Interested in finding out more about radios, their accessories, latest reviews and more on our website? Check it out here. 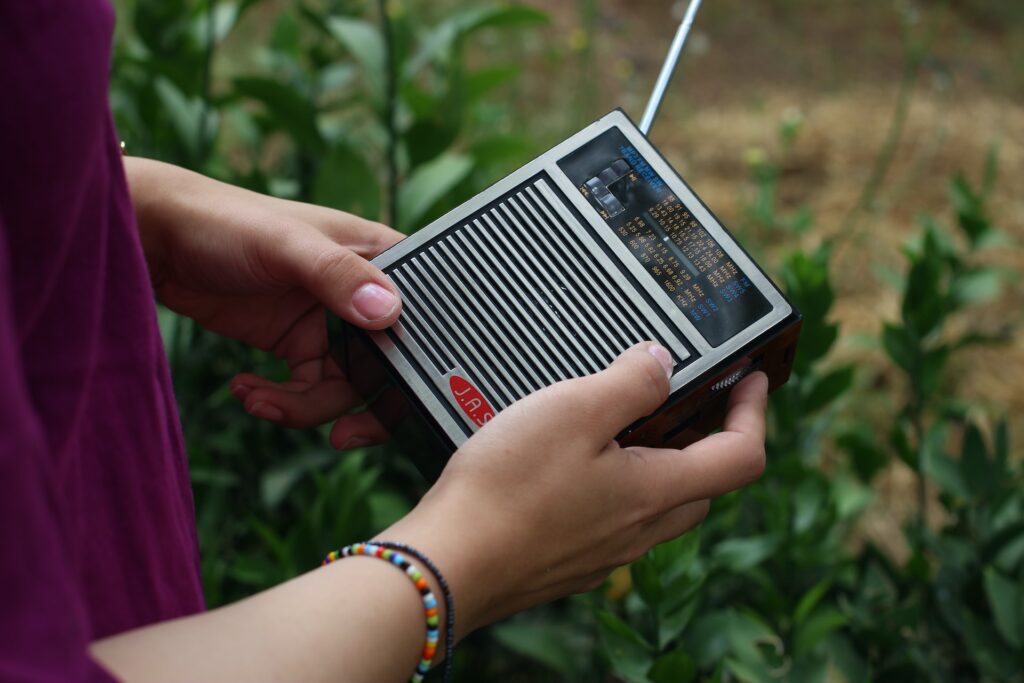 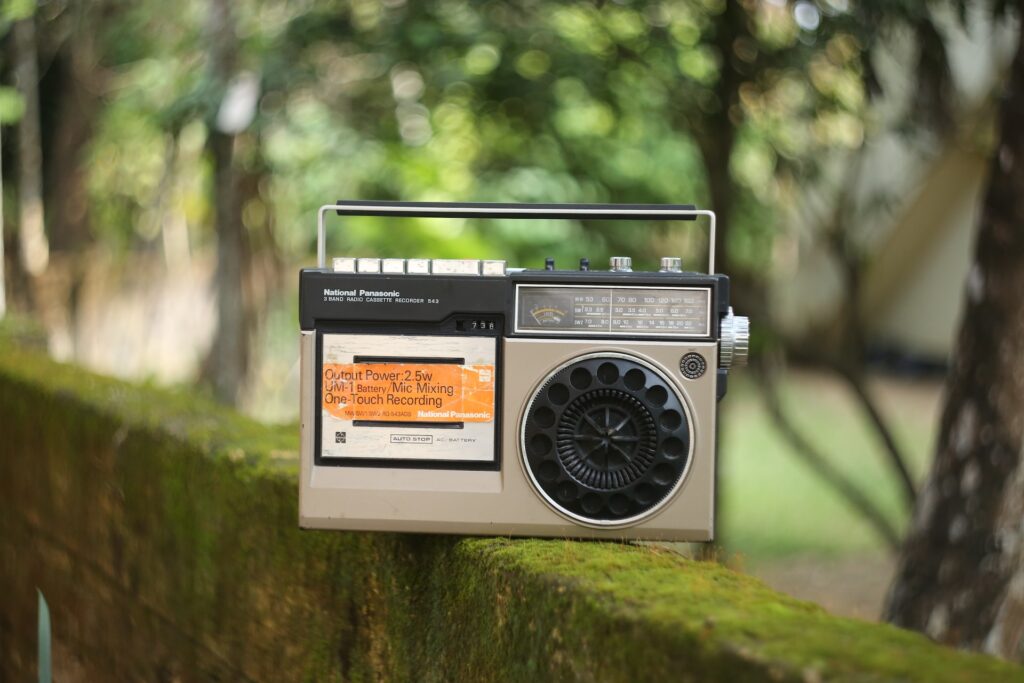